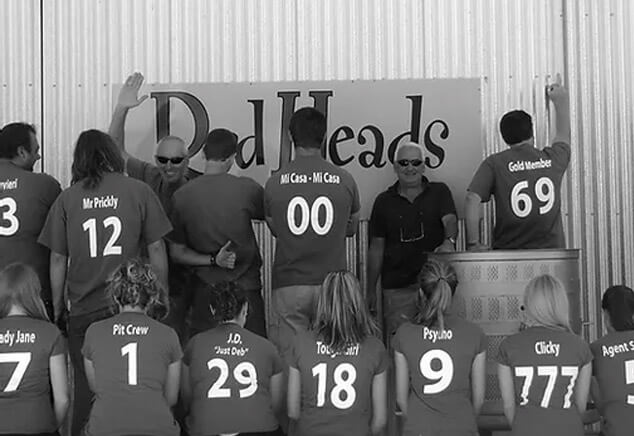 It all started with RedHeads in the McLaren Vale in 2002, the idea being that it would be an exciting space with basic winemaking kit, to attract the finest young talent to come and have a go at some really creative winemaking. Forget the narrow strictures of their corporate day job and just make the wine they really wanted to.

It attracted both winemakers and some top growers who had never previously made wine, but had a yearning to see just what their precious grapes would taste like vinified solo.

A small group of growers were inspired by the idea and ‘ran’ with it … and haven’t looked back. They gained such experience and confidence at our RedHeads shed that they started sheds of their own – and have gone on to make Trophy-winning wines … Adam Hooper with his La Curio, Phil Christiansen now known as Godfather of Garage, Nat McMurtrie, Jess Hardy … and more. They have earned their stripes with us, then gone on to even greater things.

We’ve started a movement out there. And now, even though we’ve gone a little further afield to the Barossa Valley, we retain the links with these original grower-winemakers, buying a few of their terrific wines, and exchanging ideas and knowledge on the location of the best fruit. We call them the GreyHeads.

The latest member of the GreyHeads Alumni, Dan grew up at the heart of Aussie winemaking, in Griffith, New South Wales, where his dad was a vineyard owner (and still is, as was his father, too). So, from an early age, he was always out and about in the winery and constantly transfixed by all that was going on. We may do things very differently nowadays, but Dan still uses his dad as his first go-to if he ever needs a winemaking soundboard.

With normal teenage perversity, however, he decided to study Environmental Science at Adelaide University, rather than follow the natural winemaking path. But luckily that didn’t work out and, after a year, he came to his senses. Wine beckoned and he proceeded to ‘Do the Double’ – Viticulture and Oenology at the renowned Wagga Wagga University.

With that under his belt, the natural career progression into snowboarding made perfect sense…! By taking a job as a lift operator at a Canadian ski resort. However, wine was never far away as Dan was given the chance to work a vintage at Canada’s Okanagan wine region. Between 2010 and 2013, he clocked up experience in Australia’s Hunter and Barossa Valleys, at Peregrine in Central Otago, New Zealand, in Portugal working with Australia’s fantabulous Peter Bright, Italy’s Barolo, in Hermitage – France’s Holy Grail to Syrah – and in Castillon, Bordeaux.

Funk is the catchword in Oz right now and, with regard to grapes, that includes way-out varieties. In his spare time he likes playing with the unusual – Cinsault, Cariginan, Zinfandel, Touriga Nacional etc … just to see what they are like and to break out of the Shiraz / Cabernet mould sometimes. You can never expect the standard from Dan, or his wines for that matter!

Terroir, regionality and sustainability are key factors for Dan when it comes to sourcing grapes and producing wines. Using these, he’s able to source some incredible produce and create some outstanding wines that you really want to drink. 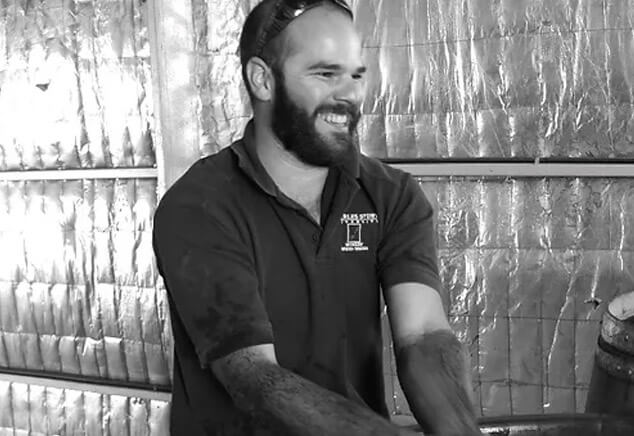